The story of Ice Poseidon aka Paul Denino

Ice Poseidon is today known for being a crazy Youtube star that streams his daily life on youtube. But where did it all start and how did he become a streamer? Well, it all started a while ago in the Runescape section of Twitch. He was mainly streaming RuneScape and built a great audience over there, but then one day he wanted to go bigger. He decided to start streaming live from events and his daily life. In the beginning, he was a part of the Twitch community, now it all has changed. He was about to travel one day and was streaming it all, but it did not went to well for him. A viewer had decided to call in and say that Paul had a bomb with him. The security had to take it seriously and it resulted in an arrest of him, he got banned from Twitch and got into the news worldwide.

He was banned on Twitch in 2017 and he almost called the career to its end. Then after a while, he decided to start up the stream on Youtube instead and it has been a success ever since. He has over 700,000 subscribers and 78 million total views on the videos. The live stream has peaked over 65,000 viewers once and that is claimed by Paul to be the highest every stated in this tweet. We have recently posted a summary of how much Ice Poseidon made in 2018 if you are interested in that. 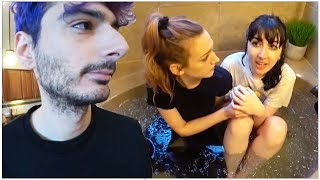 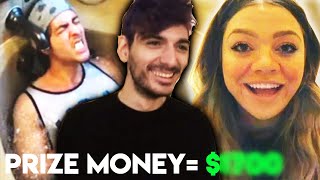 things got a little out of hand... | Scuffed Brother Day 3 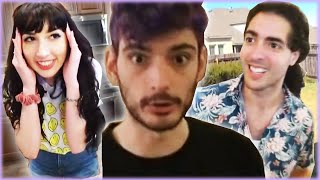 LIVING IN A HOUSE WITH 9 PEOPLE | Scuffed Brother Day 2