The history of Logan Paul

Logan Paul is one of the persons that achieved huge success in a very short amount of time. He is the one that made it to 10 million subscribers in the shortest amount of time. He had over 4 million views in average in his daily vlogs which is pretty insane, at that time he was between 21 and 22 years and changed the youtube scene completely. His influence was insane, they filled a mall in Dubai with fans of logan paul you can watch it here. The year was 2017 and he lived the dream, at least if you ask me. He was on an insane grind and was doing stuff every day, releasing music, buying a house and made so much random content.

The audience loved it and he was always pushing the content to the next level. Investing a lot of time and money into the content making he was always ahead of everyone. Then in the end of 2017 he released a very well done review of the year video. Then just a couple of days after he did something that has shaken the whole youtube world. He went into a suicide forest in Japan and found a dead body and then filmed everything. This was met by the media and audience with anger and rage, he lost everything from that. All the contracts and partners, he did a social media blackout month. Not a word from him in a month, then he started getting back.

In the end of August more specific August 25, 2018 Logan Paul was up in the ring with KSI, this was big moment in Youtube history. To begin with, let’s clear out how the fight even started. KSI was challenging Joe Weller which also is a youtuber, that fight was won by KSI. In the end of that event KSI called out both Jake Paul and Logan Paul to fight against KSI. First of they sent a response that their dad Greg Paul was going to fight KSI but he denied it.

Then after a month or so the real response came, after all the things that have happened to Logan before this year had been pretty bad for him so he thought this might give him a new chance. So the response was, Logan would fight KSI if Logan’s little brother Jake was able to fight KSI’s brother Deji. All of this came together August 25, 2018 and they sure did make some history. With over a million paying viewers they broke some great records on Youtube and in the whole internet world.

Logan Paul has ever since he started been plugging his merchandise in the vlogs. It all started with just a couple of pieces of cloths but have been growing into a full-scale business now and offers a lot of different things. The quality is good and they offer nice clothes. 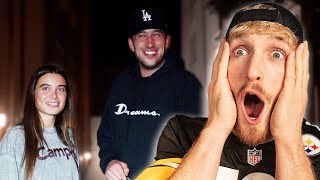 I FINALLY CAUGHT THEM TOGETHER! 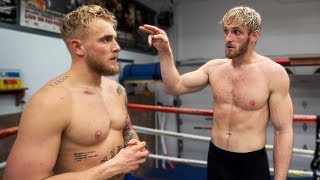 Advice to My Little Brother. 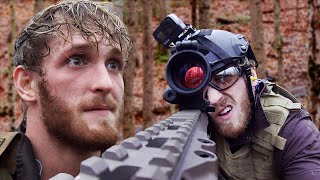